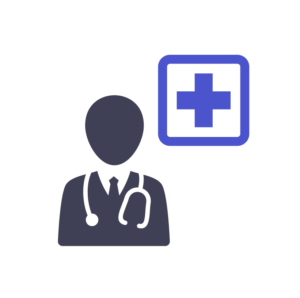 Whether to offer group health insurance is possibly the most important decision a company must make and carries significant consequences.  It is imperative for attracting and sustaining valuable employees.  Depending on the company’s size, failing to do so or if not done properly can result in hefty penalties due to the Employer Mandate provisions of the Affordable Care Act (ACA).  With rising healthcare costs, offering affordable healthcare to employees is often one of the largest economic expenditures a company will make.  Speak to a knowledgeable insurance broker familiar with group health insurance benefits in Pennsylvania and the surrounding area.

Everything You Need to Know About Group Health Insurance

What is Group Health Insurance?

Am I Required to Offer Group Health Insurance to Employees?

It depends.  According to the Affordable Care Act (ACA), an Applicable Large Employer (ALE) (employers with 50 or more full-time or full-time equivalent employees) must offer health insurance that is both “affordable” and provides “minimum value” to their full-time employees (and dependents up to age 26) or be subject to penalties.  This is also known as the “Employer Mandate” or “Play or Pay.”  Full time employees are those that average at least thirty (30) hours per week for a given month or 130 hours in a given month.

What is the Difference Between Fully-Insured, Level Funding and Self Funded Plans?

What is Fully-Insured
Fully-insured plans are the most traditional form of employer sponsored group health insurance.  The employer will typically select plans from an inventory of plans offered by a carrier (insurance company) and will pay a set cost of premium based on number of enrolled employees.  The insurance company is responsible for the administrative costs of managing the plan and for paying claims as they arise.
Pros
Cons
Employer will ultimately pay more to offer group health which the insurance company will keep as profit assuming there are less costs from claims than expected.

What is Level-Funding
Level-funded plans can almost be described as a hybrid between fully-funded plans and self-insured plans, arguably incorporating the best of both worlds.  In this setup, the employer will pay a level monthly fee that is used to cover the costs of claims, the administrative costs of the third party administrator (TPA) and premiums for the stop-loss coverages.  The individual and aggregate stop-loss coverages protect the employer should there be any extraordinarily large claims throughout the plan year.  At the end of the year, if the costs from claims were less than expected, then a percentage of the monthly fee that was paid out will be returned to the employer.
Pros
Cons
If claims are extraordinarily high, then the cost of level funding could sharply increase for the following year (although the group could revert back to a fully insured plan the following year).

What is Self-Funding
In self-funding, the employer is essentially taking the place of the insurance company.  The employer will typically administer claims “in-house” and will be responsible for both processing the claims as well as covering the costs, however, there are different forms of self-funding.
Pros
Cons

Companies with fewer than fifty (50) full-time or full-time equivalent employees are not required by the Affordable Care Act to offer health insurance.  However, many small employers wishing to attract long-term, talented employees will provide these benefits.  There are other incentives available for offering health insurance as a small employer.  For example, small businesses that offer health insurance and pay for a least half of the premium costs may be eligible for the Small Business Health Care Tax Credit if they have less than twenty-five (25) full-time employees earning an average salary of less than $53,000 (as of 2017 as this number changes annually).

Applicable Large Employers (ALE) are those that employ an average of at least fifty (50) full-time or full-time equivalent employees in the preceding calendar year.  ALEs are required to provide health insurance for full-time employees that is “affordable” and provides “minimum value” to avoid paying penalties.  To be considered “affordable,” the employee’s required contribution can be no more than 9.5 percent (as adjusted) of that employee’s household income.  Therefore, the employer’s percentage of contribution must be enough to ensure that the coverage remains affordable for its employees as defined above.  Typically, insurance companies require that employers cover at least half of the health insurance premiums for covered employees.  Many employers understand the value of providing great benefits and will actually cover an even greater percentage of the premiums, with some even paying for spousal plans or family plans as well.

What are the Penalties For Not Offering Group Health Insurance?

The penalties for not offering Group Health Insurance to employees in accordance with the Employer Mandate or “Play or Pay” can be calculated as follows:

For ALEs that offer coverage to at least 95 percent of full-time employees, but the coverage is not affordable or fails to meet minimum value, the employer will typically owe the lesser of the previous calculation (as if the employer did not offer coverage) or $290/per full-time employee that obtains coverage and receives a subsidy through the Health Insurance Marketplace for each month that the coverage is unaffordable or does not meet minimum value.  It is important to note that the per employee penalty amount changes annually.